The elimination of physical cash from economy is feasible is purely a technological perspective or assumption. Our hard earned money and investments disappear into a labyrinth of financial instruments so mysterious that “money” almost becomes more of an idea than a tangible reality.

LessCash Payments – Essentially, digital cash mimics the functionality of paper cash. The elimination of physical cash from the economy is feasible is purely a technological perspective or assumption. Our hard earned money and investments disappear into a labyrinth of financial instruments so mysterious that “money” almost becomes more of an idea than a tangible reality. This is part 3 of my CashLess/LessCash subject serious part-1: CashLess-OR-LessCash and part-2: 2017 Year of Digital Payments has starting strings on the same subject and its good to start from part-1 and then to part-2 and then continue here.

A recent 2016 German Consumer Payment Study by TSYS found that two-thirds of respondents have heard of contactless payments, although they were not sure whether their card supported the technology. Two out of ten people actually have a contactless card but do not use it that way. Only 15% actually made a tap-and-go transaction in the last six months. For comparison, more than half of card transactions in Poland are contactless. The idea here to share some basic and collective out of all those millions of papers and article available on the Internet.

More technically, digital payment is a payment message bearing a digital signature which functions as a medium of exchange or store of value. Anyone looking for some very basic knowledge or introduction on digital payments through mobile or internet etc and critical attributes/ key stakeholders along with meaning then this article can help but only on the very high level of understanding only. Paper currency and coins represent value because a trusted third party, the government and the banking industry back them. 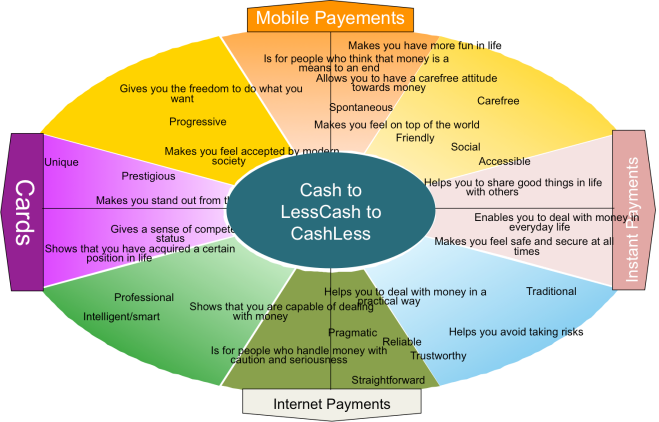 To date, cash is the king. Ministry of innovation at the global level is making efforts to fight out and bring this king down. Digital payments/money is making every effort to prove itself as economic freedom and in Africa, it’s no longer needs to prove. India went way ahead and slaughtered cash overnight in extreme ruthless manner. Although Mobile Money had been designed as a peer-to-peer payment system those were days. In the current date, it helps utility bill payments, Airtime topup, micro savings, micro-lending and merchant payments etc. Africa especially the eastern/southern part is the home of Mobile Money & Payments.

Mobile Payments are most frequently used and widely acceptable technological payment instruments. The objective of digital payment is to assess the user-friendliness, trust and the user’s view on the current and the future authentication methods of cashless payments and to understand ideal payment solutions. The economic barriers are also disappearing, though a substantial additional investment in equipment and cards would be needed to permit even purchases such soft drinks to be made. But transactional privacy will be at the heart of the government’s attack on digital cash.

What are digital payment methods?

Digital coins also represent value because a trusted third party, usually a bank that is willing to convert digital cash to physical cash, backs them. Because it’s untraceable, the government concerns about money laundering, offshore banking and tax havens and has been closely monitoring developments of digital cash. The government would probably only license the company’s patents in a way that preserved the ability to trace for law enforcement purposes. Without government support, investors won’t have confidence in the development of digital cash.

Digital money runs through qualitative diagnostic phase combined with a quantification of the results of the qualitative phase. After so much of hype in India about digital money; card payments are still the most common application in terms of usage (non-cash payments). Sample date for one week after 8th November 2016 data is like this

Barriers to non-cash payments have many reasons. Like other payment applications that are more often used, not knowing how to use the application, distrust towards technology behind the application and not have the necessary technology to make payments (Example, smartphone where mobile payment are purely based on the mobile app).

The transition from paper cash to digital going to take its own time as it is not only a behavioural change but also a change of perceived mindset. Single transactions need not be authorized online, debited from the customer’s account or printed for the customer. This greatly reduces processing effort, meaning time is saved and less staff is required.

All these solutions run flawlessly on Banking (nothing related to the bank) as a Service (BaaS) over Banking as a Platform (BaaP). Mobile is the most frequently used and widely acceptable technological device than any other. Financial services are a key need for most people due to almost zero or negligible rate of banking penetration and it makes sense to enable Mobile devices with a set of financial tools and features as mobile handset penetration is more than 10 to 15 times higher than banking. Finance sector can take advantages of Mobile devices to penetrate all classes of society so the birth of Mobile Money.

Few basic bullet points to understand digital money over mobile device are as below.

The biggest issue on the higher level is that the entire model digital money usually pushed and run by capitalism where individuals and businesses predominantly own resources privately where the business of such nature should run on socialism track so that resources predominantly owned collectively by the people of a nation and administered by the government on their behalf.

Barriers not to use mobile solutions are mainly related to the lack of knowledge about the applications and the technology, which is missing to do the transaction. The lack of security and trust are more important for mobile applications than for online applications as a barrier. Africa, on the other hand, is the home of digital money to push payments, P2P money transfers and cross border remittances.

In the long run, we may see people stop using cards; especially debit cards and to some extent credit cards as well, if the receiving party insists on digital payment. In a mammoth country like ours (India) where “Lobbying” is in the genetics, these wallet companies aren’t going to simply go down (out of capitalism) without a fight. Moreover, there are still a lot of unanswered questions on the sustainability, stability, security & penetration strategy.

Identified e-money contains information revealing the identity of the person who originally withdrew the money from the bank. Also, in much the same manners as credit cards, identified e-money enables the bank to track the money as it moves through the economy. Anonymous e-money works just like real paper cash. Once anonymous e-money is withdrawn from an account, it can be spent or given away without leaving a transaction trail. You create anonymous e-money by using blind signatures rather than non-blind signatures.

Online e-money prevents double spending by requiring merchants to contact the bank’s computer with every sale. The bank maintains a database of all the spent pieces of e-money and can easily indicate to the merchant if a given piece of e-money is still spendable. If the bank computer says the e-money has already spent, the merchant refuses the sale. This is a very similar process as verifying credit cards at the point of sale carried out by current merchants.

Business Related Issues: availability of the Internet, make the business the possibility of global reach. Put the business online, not just add a new means and channel medium to augment those marketing activities, but also increase the sales by making purchase electronic possible through the net. The early birth of e-money embryos by Digicash and Mondex was directly picked up by serious monetary reformers and cranks in the nineties and fiercely discussed worldwide in Internet chat rooms.

Offline e-money detects double spending in a couple of different ways. One way is to create a special smart card containing a tamper-proof chip (called an Observer in some systems). The chip keeps a mini database of all the pieces of e-money spent by the smart card. If the owner of the card attempts to copy some e-money and spend it twice, the embedded chip would detect the attempts and would now allow the transaction. Since the chip is tamper-proof, the owner can’t erase the mini-database without permanently damaging the smart card.

A digital exchange unit could be a basic monetary innovation and the temporary end of monetary evolution. From a historical point of view, basic innovation always changed the monetary order. The invention of banknotes by London’s goldsmiths by issuing receipts for treasuring gold a few centuries ago, for example, marked the beginning of paper money an ultimately the central bank monopoly in money issuance. It is widely believed that the emergence of e-money may have similarly far-reaching consequences. The issue of e-money by non-banks based in unregulated off-shore centres poses a threat to the central bank monopoly.

Central banks are equally worried by the prospect that e-money may be issued that is not denominated in the national unit of account, like dollar or euro. That could be the rebirth of private currencies and free banking. Merely jumping on the FinTech bandwagon by banks — or even building a successful FinTech company — will not create a successful financial institution.

To be really successful and become a case study for other countries; the government of the country should initiate and support all initiatives. Distribution of such initiatives at mass level to avoid capitalism model and become good socialism model. All government systems and institute should stop cash payments and receipts. Clean Cash 100% from the government system with the banner “NO CASH”, will be the best choice provided on same notice board you offer 10 other methods. Crime at the same time will also decline at 90-degree angle.

Conversely, an effort to regulate e-cash by removing anonymity will infringe on the financial privacy of users. Electronic systems offer promising automatic auditing ability to governmental institutions. Critics, therefore expect resistance from the government in establishing financial confidentiality. The U.S. government has already unsuccessfully attempted to force a privacy-intruding “Clipper chip” onto the industry. In France, cryptography is completely forbidden by the law. Obviously, this is currently an area of heated debate.

All credits if any remains on the original contributor only. We have covered all basics around mobile payments data security models and the importance of privacy. In the next upcoming post will talk about implementation, usage and practice experience for markets.

Do you have any questions about AI, Machine Learning, Data billing/charging, Data Science or Big Data Analytics? Leave a question in a comment section or ask via email. Will try best to answer it.

Conclusion – Digital disruption is at the top of the banking agenda across the Asia-Pacific region. But will the banks’ response to the rise of FinTech be effective? Swept up in the FinTech momentum, banks need a road map to look at why they’re innovating and what requires innovation — while managing the new digital risks innovation introduces.

Application Programming Interface (API) that can connect to existing core banking platforms to offer a range of modern services, including lending money to friends, sending money via Twitter and arranging an emergency 24-hour loan. Few open API’s also allows third parties to access all areas of the bank system, unbundle relevant services and build new services based upon the bank’s platform facilitating considerable innovation. This type of platform will soon allow customers to pull together best of breed solutions in a cohesive way.

Read about Author at: About Me

Thank you all, for spending your time reading this post. Please share your feedback / comments / critics / agreements or disagreement.  Remark for more details about posts, subjects and relevance please read the disclaimer.